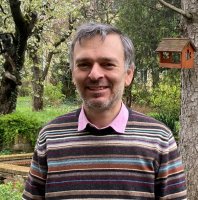 James has been working in businesses tackling climate change for over 20 years. He is chairman of Vertis Environmental Finance, which he set up in 1998 and is one of the leading emission trading firms in Europe. He has also set up businesses in organic food and farming, as well as in monetising investments in biodiversity. James started working on Planet Super League in 2018. The idea was seeded by a book he wrote ten years ago called Climate Change for Football Fans. It is a critique of climate policy written as a humorous novel about a family of Burnley FC fans.